Chanan de Lange / So it Goes 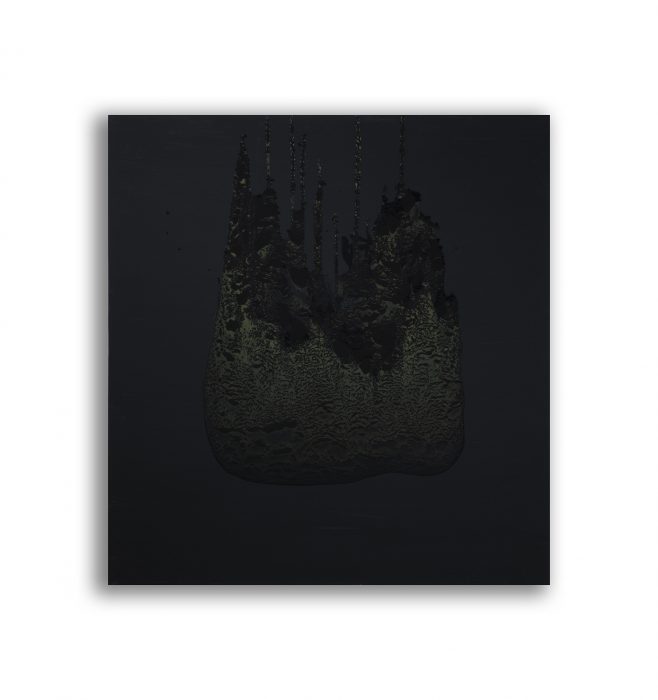 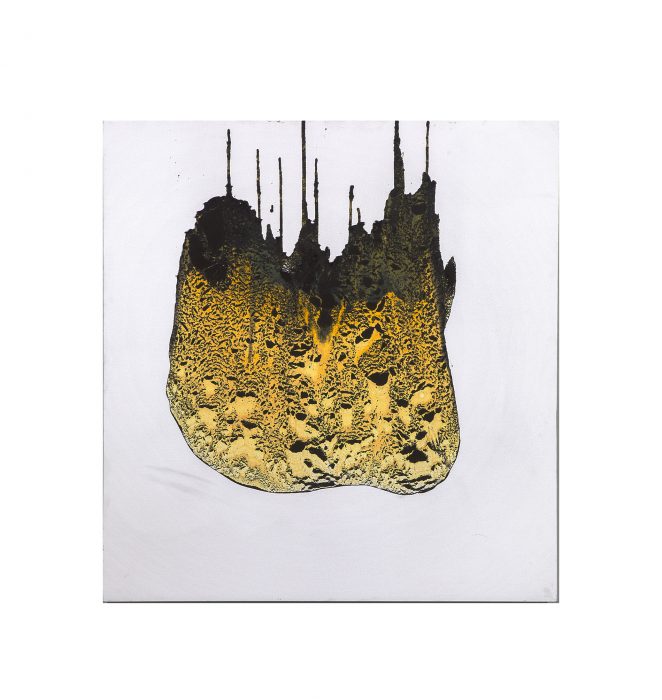 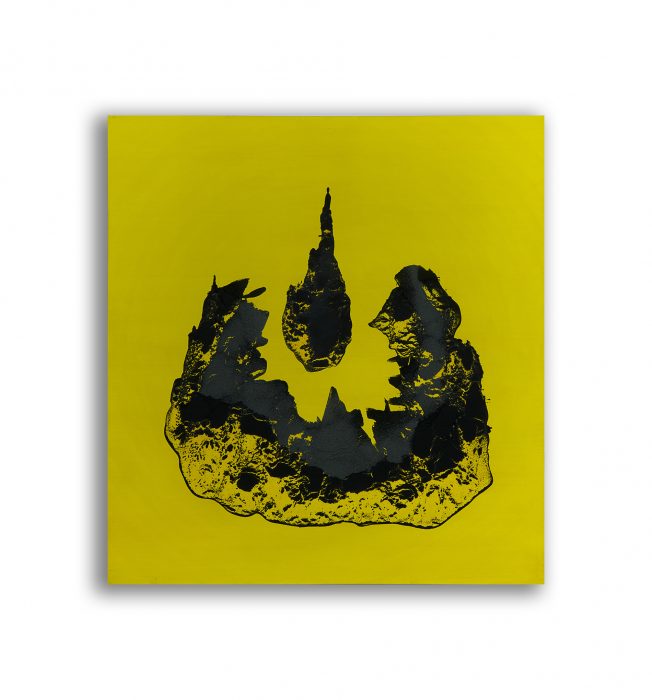 “And Lot’s wife, of course, was told not to look back where all those people and their homes had been. But she did look back, and I love her for that, because it was so human. So she was turned into a pillar of salt. So it goes.” –  Kurt Vonnegut, Slaughterhouse-Five

In his recent series of works, Chanan de Lange focuses on sand as a material and a signifier – of mankind, of a place, of the land. First, de Lange lays down cotton canvases painted with acrylics on his studio floor, “pouring” yellow carpenter’s glue on the canvas to create the work’s formal foundation. He then sprinkles sand on the glue, using a sieve: burnt black industrial sand, red sand gathered near Mitzpe Ramon and quarry sand. While the glue is still in its liquid state, he picks up the canvas and tilts it, allowing gravity to guide the movement of the sand in a controlled manner.

The grains of sand move and shift along the glue according to de Lange’s hand movements. The action stops once the desired shape “takes hold” on the canvas. After the glue has completely dried, loose sand is removed with a hard brush, and the sand grains fixed in the glue remain and determine the final work. Like in action paintings, the body takes part in the artmaking process. In de Lange’s practice in general, and in this exhibition in particular, there is always significance to the random, to uncertainty, both in the creative act and as part of the statement.

The works featured in this exhibition engage with forced migration as a result of wars, persecutions and pandemics, most of which are the outcome of human actions. The grains of sand that de Lange scatters are at the mercy of external forces that impact their migration. They are pushed out of their place, and settle on the glue, with no control over their fate until the work is completely dry. So it goes.

The exhibition takes its name from Kurt Vonnegut’s Slaughterhouse-Five. Throughout the book, the depictions of cruelty and death almost always end with the phrase “so it goes,” as a critical commentary on the ease with which human injustices are tolerated, and the indifference in the face of tragedies.

Chanan de Lange has presented a variety of solo exhibitions in Israel and abroad, including at the Tel Aviv Museum of Art (1994, 2011); Haifa Museum of Art (2000, 2005); Novalis Fine Arts Gallery, Torino, Italy (2008); Living Design Center Ozone, Tokyo, Japan (2002) and more. Participated In many group exhibitions, including at the Israel Museum, Jerusalem; Haifa Museum; Design Museum, Holon; Cooper Hewitt, Smithsonian Design Museum, New York; The University Art Gallery, Tel Aviv; Wilfried Museum and more. His works are included in the collections of the Tel Aviv Museum, the Israel Museum, the Design Museum in Holon, the Haifa Museum and other public and private collections.

With thanks to: Yoram Aschheim, Eyal Sason, Boaz and Alon, Noga Litman. With a special Thanks to Tal de Lange.